The Cheetah (Acinonyx jubatus), one of our largest felines, inhabits most of the Middle East and Africa. One way to always recognise a cheetah is by the long, black lines which run from the inside of each eye to the mouth.These lines are called “tear lines” and experts believe they help protect the cheetah’s eyes from the harsh sun and help them to see long distances. The Cheetah is one of the few felines with semi-retractable claws.They are the fastest land animal in the world and the word “Cheetah” is taken from the Sanskrit word citrakāyaḥ, which means “Variegated”.

• The cheetah is the fastest land animal in the world. They can reach a top speed of around 113 km per hour.
• Cheetahs cannot climb trees.
• Cheetahs do all of their hunting during the day.
• Cheetahs are very fast although the tire out very quickly.

Cheetahs prefer to live in an open biotype, where prey is readily available to them. Grasslands, Savannahs and mountainous terrain are all examples of the Cheetahs home. A study of cheetahs in the Serengeti showed females are sexually promiscuous and often have cubs by many different males. Males are territorial and often mark their territory.They are also very social and stick together in packs like a brotherhood. They are vocal animals and have a big range of sounds that they make from purring to growling to yowling when there is danger nearby.

About 1,300 of the roughly 7,100 surviving cheetahs, Acinonyx jubatus, live in South Africa. Due in great part to a non-governmental conservation effort that relies on meticulous and rigorous human management of small, fenced-in cheetah populations. Most of the reserves are privately funded and have adequate fencing, providing better protection for the animals than the state reserves.

Since the mid-1960s, when the first attempts to relocate large numbers of cheetahs from Namibia to South Africa were attempted, this practise has been ongoing.

Most of these early attempts failed because cheetahs were not contained in bomas prior to release and some reserves had inadequate fencing, allowing the cats to quickly escape.

Today, capture bomas, or small gated enclosures, are typically used to house translocated cheetahs during the four to six weeks it takes for them to adjust to their new environment.

There is no animal faster than the African cheetah. Speeds of up to 70 mph are possible for brief periods of time. It takes about three seconds to accelerate from zero to 60 miles per hour. This swiftness is used by the cat to pursue small mammals and birds, such as rabbits and plains wildlife. African cheetahs reach adulthood at a weight of 75 to 125 pounds. The animal is somewhere between 25 and 37 inches tall. Males are typically larger than females, although the size difference is so little that it is difficult to tell.

Only in Namibia is cheetah hunting legal in Africa. Predator hunting in Namibia is governed by a set of strict regulations and guidelines laid out by the Ministry of Environment and Tourism’s Permit Office.  These include that before a hunt may begin, the trophy hunter, guide, and operator must all read and sign the trophy hunting permission. The guide is responsible for carrying the permit at all times during the hunt. The hunt can’t commence until the operator notifies the Ministry seven days in advance. The trophy hunter alone may use the permit during its limited duration.

Cheetah hunting can be done at any time of year. Cheetahs are among the most challenging cats to hunt despite being diurnal (more active in the morning and evening). They won’t eat prey that wasn’t killed by themselves, therefore hunting only comes into play if the pursuit of prey causes the cheetah to abandon its kill. You should wait in a blind you set up on the spot, as the cheetah is likely to return there. However, spot-and-stalk hunting is the primary tactic used for cheetahs. A hunter looking for a cheetah or fresh cheetah tracks will likely have to cover a lot of ground.

While the maximum safe shooting distance will change widely depending on the conditions, a 300-yard shot on an open plain is certainly doable for an experienced hunter. Not being particularly robust, cheetahs can be taken out with a solid bullet and a 7 mm (.284) caliber, both of which are suitable for plains game.

What is Cheetah Taxidermy?

A taxidermy cheetah is a rare and valuable collectible. At Life-Form Taxidermy your desired mounting position can be modified at no additional cost, and the best-fitting shapes are selected for you. Cheetah trophies that are full mounted are sold on bases designed to resemble their natural environments taxidermy. To the extent possible, bullet holes are stitched or patched and abrasions repaired when restoration is required. Any natural scars will be left unaltered unless otherwise instructed.

Skin preparation and storage tips for a flawless Cheetah Trophy

The loss of hair and general deterioration are the two biggest factors in ruining a trophy cape or hide. Use salt as soon as possible and start skin care to prevent hair from slipping. A cool, shady spot on the veld is ideal for skinning the trophy. Faster cooling of the carcass can be achieved by removing the intestine as soon as possible.

Given the high bacterial content of blood, prompt washing of the region around the bullet hole is needed. During the skinning process, it is important to cut away any excess fat or meat that is obviously noticeable. Please tell the skinners what kind of mount you need and ensure to clearly mark your trophy.

The Cheetah Taxidermy process and method?

Some taxidermists do their own tannery work on the capes, while others outsource the task. The finished hide is dry-fitted to a foam mannekin as soon as the tanning process is complete.

Drying time for mounting can range from several days to weeks. After the mount has dried, the eyes, nose, and mouth are sculpted and painted so they look natural.

Taking care of your cheetah trophy

A trophy should never be kept near a heat source, so keep it away from the fireplace or wood stove. The sun’s rays can degrade the colour of the mount, so make sure to store your trophy somewhere out of direct sunlight.  Changes in humidity and temperature can be just as damaging to your trophies as they are unpleasant to deal with. Don’t put the trophies in the attic or the basement where the temperature fluctuates wildly.

Using Mount Medix Africa to store your trophy is highly suggested. This product is both one we use and sell.

How much does a cheetah trophy cost?

Final pricing will depend on the required trophies, their condition, any repairs needed, and other considerations. If you contact us promptly, we’ll give you a pricing.

How long does a cheetah trophy take?

From start to completion, a cheetah taxidermy at Life-form Taxidermy typically takes between eight and twelve months. 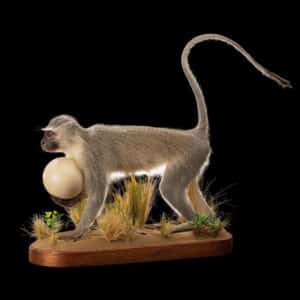 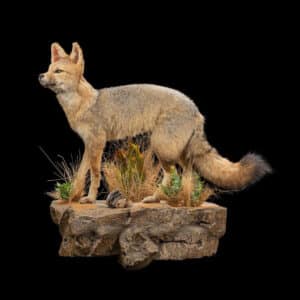 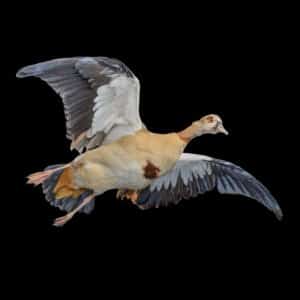 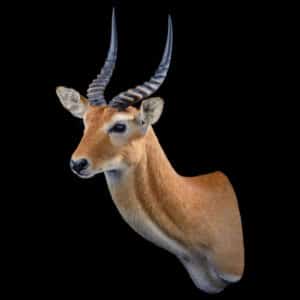