There are 2 species of Kudu: The greater Kudu (Tragelaphus strepsiceros) and the lesser Kudu (Tragelaphus imberbis). Both of these species have white spots and stripes all over their dusty-brown coats as well as they both have horns.The greater Kudu’s horns are far bigger and the females all have slightly smaller horns. The name originates from the Afrikaans word “Koedoe”. They are not social creatures and prefer in live in solitary. Sometimes males will form small bachelor groups but this is not always the case.

• Kudus were highly susceptible to the Rinderpest virus and Rabies in times of drought.
• Kudu horns are highly prized by hunters as they are quite long, measuring up to 1 metre in height.
• The kudu markings help to camouflage them.
• A Kudu hoof is often used as a musical instrument

Lesser Kudu’s are found in Savannahs near the Acacia and Commiphora shrubs while the greater Kudu’s are found in bushlands and woodlands They feed on leaves and shoots from a variety of different plants as they are browsers.In dry seasons they eat fruit and wild Watermelon and this is how they get their liquid. Lions, cheetahs and wild dogs prey on the young Kudu mostly

A kudu hunt is one of Africa’s most difficult and rewarding experiences. The kudu, sometimes known as the “grey ghost of Africa,” is the largest and most widespread of the spiral-horned antelopes. Kudu are herbivores, however they will occasionally graze on short grass. Evening and nighttime feeding is their primary mode of consumption. At day’s end, they continue their regular travels to water and ideal feeding places by hiding in thick vegetation, mountains and valley thickets. Kudu are social animals that live in small family groups up to about 20 animals.

The majestic bull horns of the Greater Kudu, as well as the high-quality meat, make it a popular target for hunters. In southern Africa, they are one of the most frequently hunted animals. The Kudu will stand still for long periods of time, surveying an area extensively before making any movement. The length of kudu horns is measured from base to spiral tip. Only a small percentage of kudu reach the legendary 60-inch horn length of this highly sought after animal and few hunters are fortunate enough to sight one.

With kudu, shot placement is critical, as with any other species. A prize can be ruined by a shot to the neck or head, therefore try and avoid this. There’s nothing better than getting a good shot between the heart and lungs. Kudu should not be hunted with anything smaller than a 7mm or .270 calibre rifle. Take the shot by aiming your sights directly up the foreleg approximately a third of the way into the animal’s torso.

What is Kudu Taxidermy?

Using kudu taxidermy, you can showcase the majestic grandeur of a kudu in perpetuity. Traditional skin mounts are made by wrapping an animal’s skin around a mannequin. Reproductions, on the other hand, use materials like fibreglass to make a copy of the animal’s shape. Crafts such as woodworking, tanning, mould-making, and casting are all included in the current practise of preserving your kudu hunt.

Preparation and packaging tips for a flawless Kudu trophy

Good preparation of your kudu trophy starts with your hunt. Preparation is the key to a successful spiral horn hunt. The kudu is an incredibly difficult target to hunt because of its excellent senses and ability to jump and travel at incredible speeds. When a kudu bull detects danger, it lowers its horns to the back of its head and sprints through the bush. The kudu’s stealthy nature and a host of useful qualities make it a difficult, but very rewarding prey.

Once shot, skin the trophy immediately. Delaying till the following day may result in the loss of a precious skin. The cape should be cut around 10cm behind the front legs. Make a straight incision from between the shoulders to six centimeters behind the horns on the back. Cut the ear cartilages near the skull. Remove the rest of the cape off the head without damaging the ears, eyes, nose, or lips. Make an incision on the stomach from the point between the front legs to the tail if you want a full skin. Cut along the backside of the legs from the first incision to the appropriate length, where the skin is removed around the legs. To avoid hair loss, be sure to remove all fat from under the skin.

Ensure the skin has been dipped in F10 or brine water, salt it and let it dry.

Place the skin in a shaded area salt pit, meat-side up, and salt it two centimeters thick. After 24 hours, shake off excess salt and let cape dry. When nearly dry yet still malleable, fold to desired size for travel, with hair and ears on the inside. When a skin is preserved for a long time, a powdered pesticide must be sprinkled on it to avoid insect damage.

The Kudu taxidermist’s process and method

Careful planning and a clear brief from the hunter is key to the success of the taxidermy. Skins are stitched together, and all flaws must be fixed. The skulls are washed and dried before moving on to the next step of manufacture. The moulds are made based on the hunter’s personal preferences. As the animal’s taxidermy begins, taxidermy art comes to life. Now that the finer points have been attended to, it will be visually appealing and symmetrical. In order to maximise efficiency of packaging and transport, each crate is tailored to the client’s specifications so that no space is wasted.

Taking care of your Kudu trophy

Putting your trophy head on the wall correctly is the first thing to master. When handling a mounted head, you should never grab, lean, or rest your hand on the neck. To provide optimal strength, use a screw with a large, flat head that is fixed into a wall beam and rather not a nail. It should protrude far enough from the wall to capture the screw head securely under the hanger attached to the mount’s backboard.

Placing a Kudu trophy in direct sunlight will ensure that it deteriorates quickly in your home. Keep the trophies away from direct sunlight, a fire place and other dry heat sources. All Kudu mounts must also be kept dry if they are to remain lifelike and convincing enough to be displayed. Moths love to breed in closets and attics, so never store your mounts there. Use a fine repellant mist to spay the mount all over before carefully combing the repellant into the hair. We suggest the product – Mount Medix.

How much does a Kudu taxidermy cost?

The final cost will depend on the condition of each trophy, any repairs that need to be made, and the specific trophy that is ordered. Don’t hesitate to get in touch with us for a price estimate.

How long does a Kudu taxidermy take?

A Kudu mounts’ production time at Life-Form Taxidermy can take anything from eight to 12 months months. This is calculated from deposit and mounting instructions. The painstaking, multi-step process required to construct a Kudu taxidermy trophy ensures that it will endure a lifetime and continue to look as magnificent as the day it was finished. 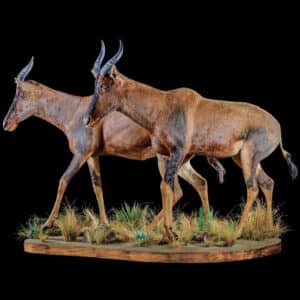 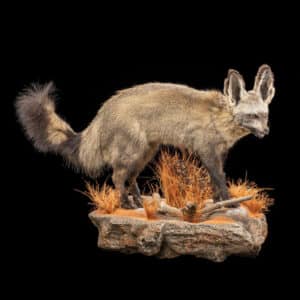 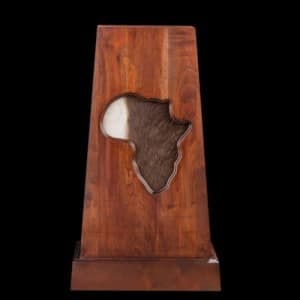